Posted on June 18, 2012 by tropicaltheartist

It was only three quid, so I bought it for old time’s sake.  I have a fondness for music of this era.  Maybe I could refresh my memory and learn (or re-learn) a few things about what made this music so popular, in its day.  A quarter of a century ago, in a land far from where I write this post, a young musician was alone, in front of a high tech music production system, in a purpose built studio, looking very alone and isolated, but like he wanted to be alone; driven, yet seemingly in turmoil.  At least that’s how it looked to me.  He stayed for days.  Always alone.  Searching for the sound.  I have no idea whether or not he found it.  The distinguishing feature of this stranger was his massive shock of bright red hair arranged precariously atop his head.

The music fell from fashion, at the time, like a skydiver who had failed to deploy even his emergency chute.  It was dismissed as being largely about hair styling and therefore of little musical significance.  Disposable.  At least that is the popular view of this body of work.  However, I popped the CD (remember those?) into the car CD player and drove my way home – a long commute.

I was stunned.  Here was music so carefully and skilfully crafted that I felt more than a little nostalgic and a little foolish for being so flippant and dismissive of it.  I felt renewed respect.  And the most incredible thing is that this was largely the creative vision and performance of a single man; the same man that was hunched so intently over the computer musical instrument (Series III) all those years ago.

What I had never appreciated was how spacious and sparse the arrangements were and how, consequently, they sounded so vast.  There were beautiful melodies everywhere, in counterpoint, rendered with unique and delicate electronic timbres and samples.  It was percussive.  It was expansive.  It was lush.  It had a great groove and plenty of hooks.  It was laden with beautifully structured songs, with distinct parts and emotive dynamics, light and shade, purpose and movement.  The bass line was written like another counterpoint melody, with the notes played like a bass guitar player would play them, only this was analogue synth bass.  Magical musical moments came and went fleetingly, throughout every track.  It was as if the wizard was showing every jewel in his magic sack, but just for a second.  Each jewel dazzled and shone brighter than the last.  The lyrics were well-crafted and about aching, longing love gone wrong or subjects too mysterious to fathom.  In every case, they were delivered with feeling and integrity, sung by a voice with a great technical range.  There were gorgeous vocal harmonies and catchy motifs.  This was music created by a master.  Perhaps even an unsung master.  Although still actively creating music, the profile of this musical maestro is undoubtedly much lower, after all these years.  I feel compelled to seek out his new stuff, though.  The old stuff is remarkable.  For me it’s a real treasure, unearthed.  I feel like a guy with a metal detector feels, when he digs up a surprise hoard of gold Roman coins.

So my commute was thoroughly enjoyable.  I played the CD twice in succession and tried to pull every piece of its construction apart with my ears, to better understand how it had been put together in the first place.  The production was crisp.  A little reverb heavy, hence dating it, but there was no doubting the care with which every sound was equalised, selected, placed and balanced.  The mastering was old school, preserving the dynamic range.  I had to turn it up to twelve, well past the usual nine I listen on, just to hear it all above the traffic and road noise.  Was that a tango?  Were those ape noises sampled and arranged to make a primitive rhythm?  Did I just hear accordion sounds, played by an analogue synthesiser?  Just as a good chef can render even mundane vegetables like broccoli delicious, the accordion, presented in this way, was suddenly a thing of wonder and awe.  Surprises and delights, aplenty.

Which forgotten or overlooked genius made this work?  The answer might surprise you or convince you I have taken leave of my taste and senses, but I urge you to approach this music with newly open ears.  Listen to it as if it had never been popular, or bedecked with new wave outfits and crazy hair styles.  Listen as if it had recently fallen to earth.  Ladies and gentlemen, I give you the genius of Tom Bailey: 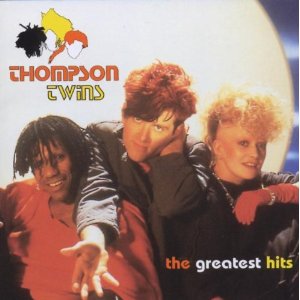 You can find out more about me here: https://michaeltopic.wordpress.com/. There aren’t many people that exist in that conjunction of art, design, science and engineering, but this is where I live. I am an artist, a musician, a designer, a creator, a scientist, a technologist, an innovator and an engineer and I have a genuine, deep passion for each field. Most importantly, I am able to see the connections and similarities between each field of intellectual endeavour and apply the lessons I learn in one discipline to my other disciplines. To me, they are all part of the same continuum of creativity. I write about what I know, through my blogs, in the hope that something I write will resonate with a reader and help them enjoy their own creative life more fully. I am, in summary, a highly creative individual, but with the ability to get things done efficiently. Not all of these skills are valued by the world at large, but I am who I am and this is me. The opinions stated here are my own and not necessarily the opinion or position of my employer.
View all posts by tropicaltheartist →
This entry was posted in Uncategorized and tagged Arrangement, Art, Authenticity, Beauty, Creativity, gaming, Imagination, Music, musical significance, Musician, Musicians, Originality, Play, Quality, Recording, Song Writing, Songwriting, Success, Surprise, Technique, Treasure. Bookmark the permalink.